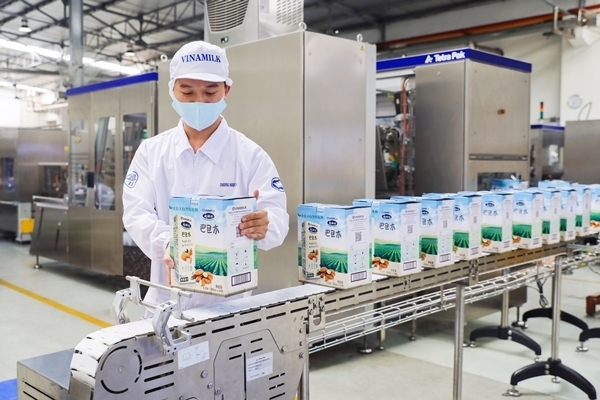 VNM shares of Vinamilk have for the first time over the last two years fallen to VND75,000 per share threshold. It is one of a few shares that decreased in price amid the upward trend in the market.
Vinamilk is the nation’s leading dairy producer and witnessed impressive growth over the last decade.
Since entering the bourse in 2006, VNM rose from VND3,000 per share to VND120,000 in early 2018.
In 2007, VN Index climbed to an historic peak of 1,170 points and underwent a crisis which lasted a decade when the index fell to 660-700 points.
From the day of entering the bourse in 2006 to early 2018, VNM price increased by 40 times, bringing stable profits to individual and institutional investors.
In 2007-2017, VNM shares went against the VN Index performance. If pouring 10 dong into VN Index during that time, investors would take a loss of four dong. Meanwhile, if pouring 10 dong into VNM, investors would have 400 dong.
But the bright days of VNM are over. The shares have brought disappointment to many investors as they continue to fall in a bustling market, with the VN Index increasing over the last two years.
While blue chips have seen prices increase by several times and small caps by tens of times, VNM has been sliding to a 5-year low. The VNM price fell from VND120,000 per share in early 2018 to VND75,000.
With the price decreasing, VInamilk was excluded from the top 10 businesses with the largest capitalization value in the context of the profit decrease. Its capitalization has fallen to the level of the time when VN Index was just 700 points.
Prior to that, in late May 2021, VNM was excluded from the top 5 businesses with largest capitalization value and replaced by other shares. The investors witnessed the strong rise of Hoa Phat, Masan, Techcombank, VPBank, Novaland and The Gioi Di Dong.
In the entire year 2021, VNM stood outside the upward trend of the market. While VN Index increased by 36 percent and many shares saw prices increase by tens of times, VNM has continued to go down.
Vinamilk doesn’t have a new driving force for its growth. It is difficult to expand the domestic market and there are signs of saturation. Meanwhile, its production promotion strategy has not been positive. The profit in 2022 is predicted to continue decreasing to a 6-year low.
From 2017 to now, Vinamilk’s profit was stable at VND10 trillion.
V. Ha
Local restaurant chain owner, Golden Gate Joint Stock Company has announced the transfer of 35.95 percent of shares to a group of three new stakeholders from Singapore.
Tags: