Star Wars News Net is your source for news – Covering everything from the films, TV shows, novels, comics and more. SWNN – A Force for News!

Issue #28 of the main Star Wars comic run is a pretty important addition to Star Wars history, as Luke sets off on a mission to rescue the Crimson Dawn agents before the Empire gets their hands on them.

The rescue mission itself is actually fairly short, cutting a lot of corners to keep the overall story’s momentum going. Some might accuse it of feeling rushed, but I appreciated the desire to keep everything moving forward as we approach the events of Return of the Jedi. By the end of the issue, the Rebels finally have a new goal other than self-preservation which feels like a breath of fresh air.

The issue has a few cool references and easter eggs, and doesn’t get too bogged down with the mission itself, keeping its eye on the bigger picture instead. That means there’s a lot to enjoy here, even though there aren’t many especially memorable moments. We’ve spent the past two years reading comics where the Rebels haven’t had much to do other than run away from the Empire; to be presented with a storyline where they will have to get back on the front foot for once is an exciting prospect. 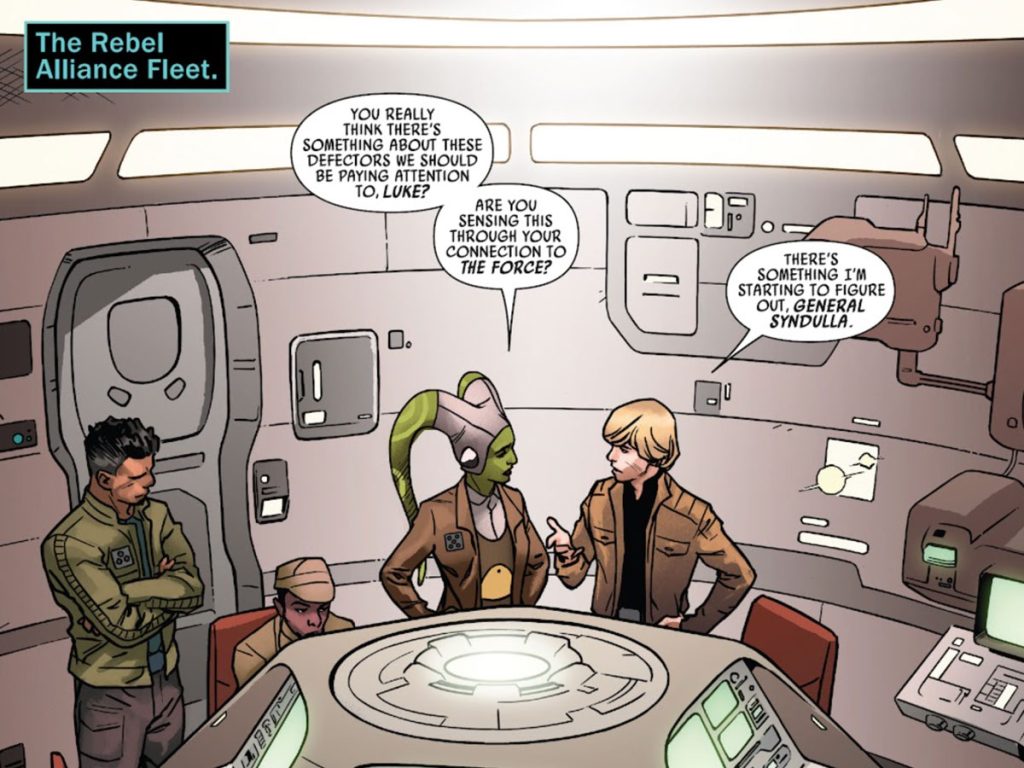 The thing I probably enjoyed most about this episode was Luke having a proper conversation with Hera. General Syndulla is one of the few people in the Rebel Alliance who has actually known a Jedi other than Luke, so to have them interact with each other was very exciting.

I’m sure Luke and Hera have had small interactions before in these comics, but this genuinely felt a little bit like worlds colliding. Hera even name-dropped Kanan into the conversation, a reference that delighted me to no end.

Hera and Grek actually become reluctant to send Luke on the mission once they discover the family are currently stranded on Coruscant. It’s understandable, being the Empire’s capital of the galaxy and the literal home of Emperor Palpatine. However, the Rebel intelligence officer confirms that Palpatine is off world right now, visiting Vader on the Executor — a fun tease that reveals a little bit about what’s happening in the next issue of the Darth Vader comic run — so the Rebel leaders reluctantly grant Luke permission once he shows off his Force persuasion powers. 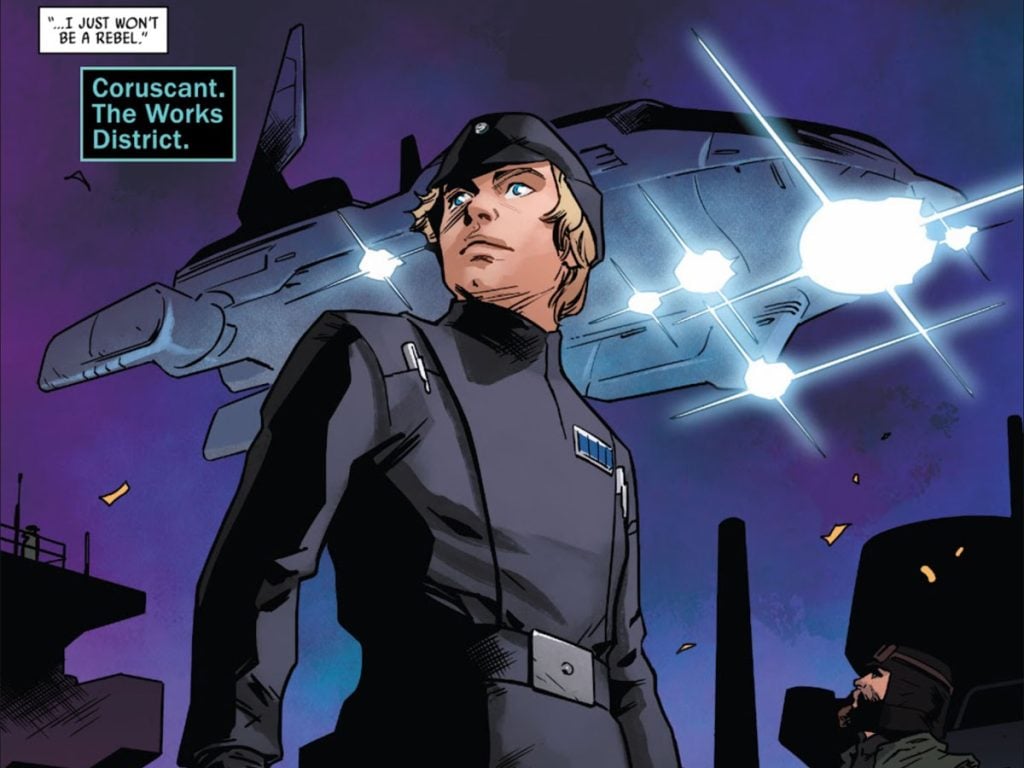 Next we see Luke on Coruscant wearing an Imperial officer uniform so as to not attract attention. As this is a stealth mission, he even hands his lightsaber over to one of the Rebel agents shortly after landing. In another fun interaction, one of the Rebels points out that he looks good in black, which has to be related to why he is dressed in black in Return of the Jedi, if not the reason.

The family are on the run through the sewers, having attracted the ire of the Coruscant Security Force (CSF) after setting their shuttle to self-destruct. It was fun seeing the CSF again, who have been part of Star Wars legends and canon stories for decades now. If they weren’t enough to worry about, the family also run into a corridor ghoul, which is a real deep cut as Star Wars references go.

Corridor ghouls only have one prior appearance in Star Wars, in the Legends novel Assault at Selonia published back in 1995. They were also mentioned in Legends novels Labyrinth of Evil and The New Jedi Order: Force Heretic II: Refugee. Not everyone will have heard of these creatures, but it’s great to see canon creators continue to pick obscure elements from Legends and drop them into these new stories. 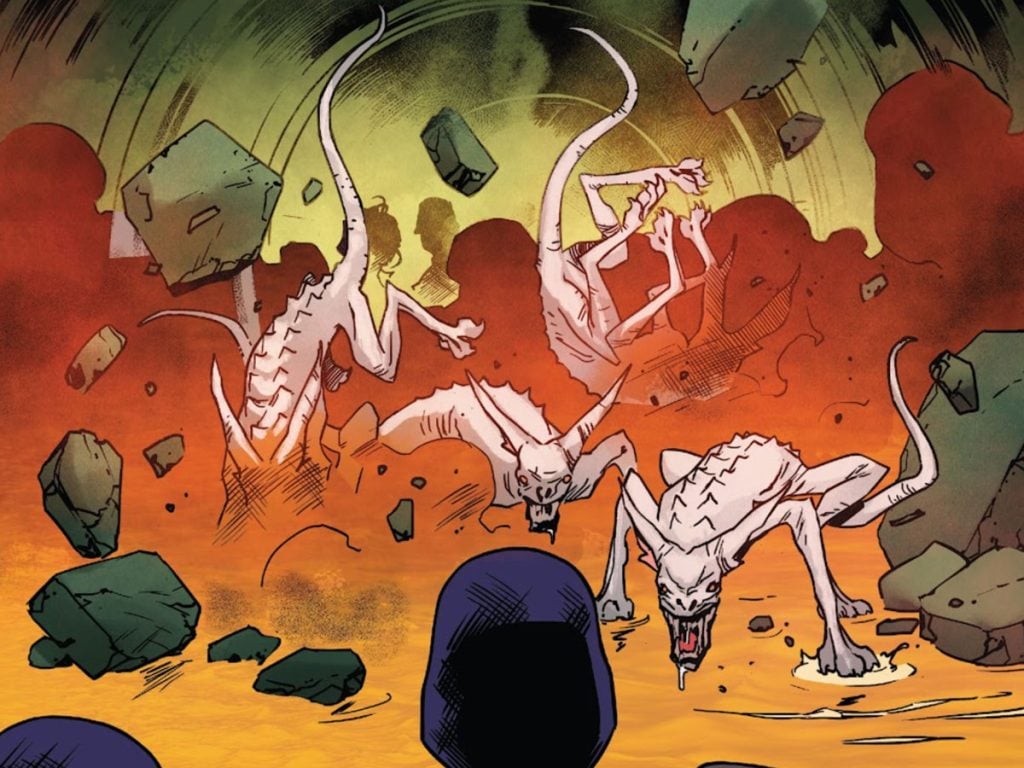 Luke soon runs into them and convinces them he’s a friend, and when the CSF catches up to them, he harnesses the Force to call on the corridor ghouls for help. They chase away the guards and then presumably the five of them escape Coruscant with no real problems, as the getaway is skipped entirely. Some would argue that this feels rushed, and perhaps it is, but I admire the writers for not getting bogged down with this mission. They could have had a whole other issue covering their escape from Coruscant, but instead they cut right to the chase and got to the interesting bit.

We find Luke back with the Rebel fleet, explaining that the parents are currently getting debriefed by Rebel intelligence. He drops the bomb that the Empire are building another Death Star, which is the impetus that this run has needed for a while now. Mon Mothma is immediately hopeful that they can destroy it again, so it seems we’re now going to have the Rebels set off to find the plans for the second Death Star.

It will be interesting to see how this quest will dovetail with the Hidden Empire crossover that begins next month, but I’m glad the main Star Wars comic run has got itself back on track again with a genuinely interesting story that will provide insight into a part of Star Wars that fans have wanted to see for years now. Hopefully, we’ll get to see some Bothans soon. 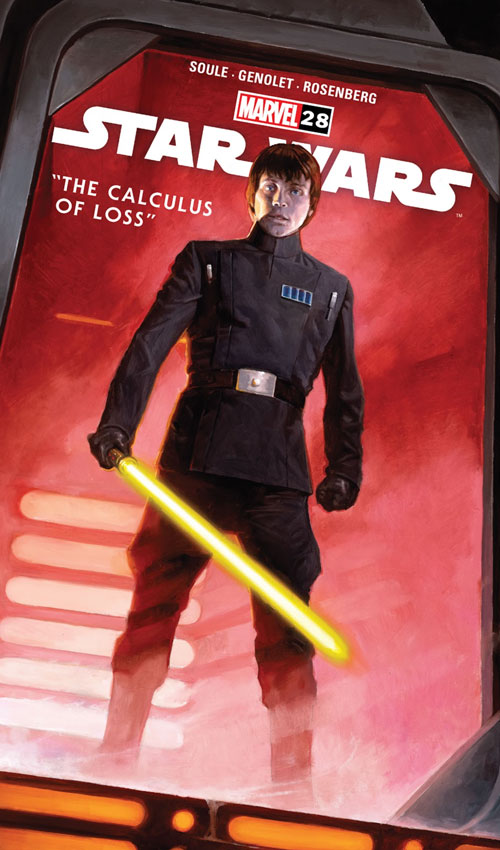