Red Velvet’s Seulgi and Wendy spent Christmas Eve communicating with their fans!
On December 24, the idols appeared as guests on SBS PowerFM’s “Cultwo Show” to promote their latest repackaged album “The ReVe Festival: Finale.”
When the DJs asked if they were spending this Christmas with the members, Wendy and Seulgi replied, “We have a Christmas fan party planned with our fans.” As for what the other members were up to, they said, “Two members are probably preparing for the fan party and one member had other work to do.”
Speaking about their newest title track “Psycho,” Wendy and Seulgi explained, “It has the message that although they’re different like psychos, they only have each other.” They added, “We’ve released three albums this year and this is the final one.”
One listener asked how they felt being the first girl group to top music charts for 11 hours in 2019. Wendy replied, “It’s our last album before this year ends, and I feel happy that we got No. 1.” Seulgi added, “I couldn’t sleep because I was so nervous when it was being released. I needed to nap in order to do the next thing on our schedule, but I couldn’t sleep. I like this song the best, so I was really looking forward to it.” 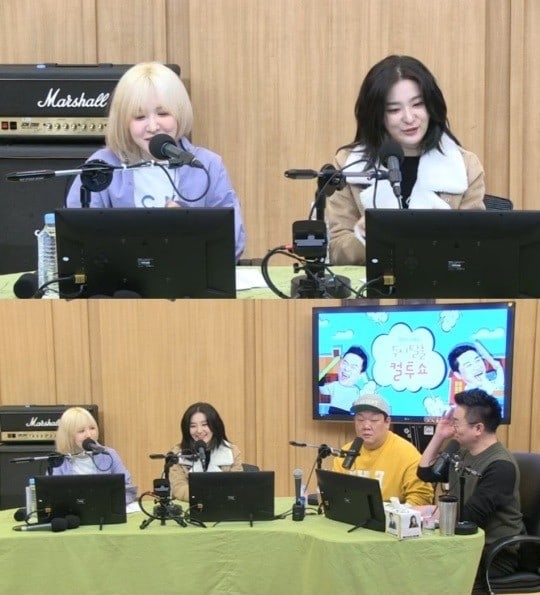 Seulgi was recently announced as the face of Coca-Cola’s new campaign along with Park Bo Gum. “The ad comes out around January,” she said. “Only the photo has been released. It has a year-end vibe and we filmed it as if we were partying with friends, but it was so cold.” Describing what it was like to work with Park Bo Gum, she added, “I had fun filming because he was so kind.”
The idols then participated in a quiz segment where listeners could win gifts. The catch was that they couldn’t give out gifts if more than 100 people participated. Wendy asked, “What was the first gift innocent Wendy received from Santa Claus?” The answer was a Chinese character book, and the segment was failed because 235 listeners tried.
Seulgi then asked, “Which celebrity would Seulgi want to invite as the chef if she had a party at home with the Red Velvet members on Christmas Day?” The answer was Park Na Rae. The DJ asked, “Does Na Rae cook? She only makes snacks for drinking,” and Seulgi replied, “I think it’ll be really fun if Park Na Rae joined us to have fun in a party atmosphere. I personally want to get closer with her.”
The DJ continued, “You have to drink well if you want to get close to Na Rae,” and Seulgi wasn’t opposed to the idea.
315 listeners participated in the quiz and so they failed once again. The two idols then carried out punishments such as shouting “Park Jin Young is the best” and “JYP is the best” five times and Seulgi doing ballet to the sound of Wendy whistling. 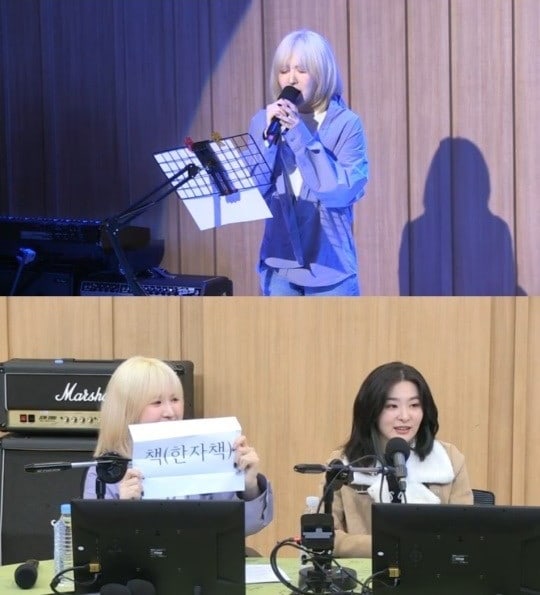