NEWS… BUT NOT AS YOU KNOW IT
A gay police officer who ticked the box saying he was looking for ‘whatever I can get’ when he joined Facebook has been denied a promotion. 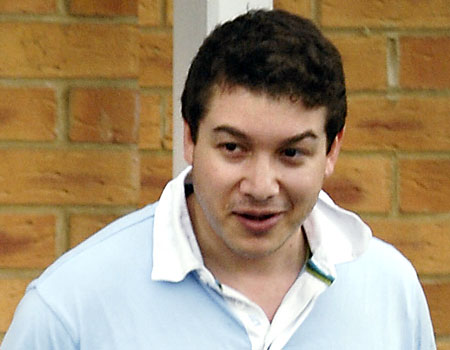 Turned down: Insp Chris Dreyfus
Royal protection officer Insp Chris Dreyfus lost out on the chance to become a chief inspector when his new employer found he had posted personal information on the social networking website.
Background checks also revealed that he had received a warning from his bosses last year over the sexual nature of his page.
His postings included graphic details about his gay lifestyle and photographs showing him posing in his uniform at a Tube station.
Mr Dreyfus, British Transport Police’s head of royalty and government protection, was offered the job with Bedfordshire Police earlier this month.
In a statement, the force said: ‘After the interview we ran routine background checks and we were told he had a live sanction against him. Therefore, we felt unable to proceed with the job offer.’
The 30-year-old, from Bedford, who is in charge of guarding the Queen and other members of the royal family, said on Facebook that he was interested in men and looking for ‘whatever I can get’.
Mr Dreyfus has also served as the head of the British Transport Police’s counter-terrorism proactive unit.
He was in charge of 30 officers and was on the frontline at King’s Cross train station during the July 7 suicide attacks in 2005.
Privacy Policy

Get us in your feed