Seungri proved his status as one of the funniest members of BIGBANG when he shared some amusing stories of his fellow BIGBANG members on a radio show.
On July 26, Seungri appeared as a special DJ on SBS Power FM’s “2 O’Clock Escape Cultwo Show,” along with Chungha and reggae duo Skull and Haha as guests. 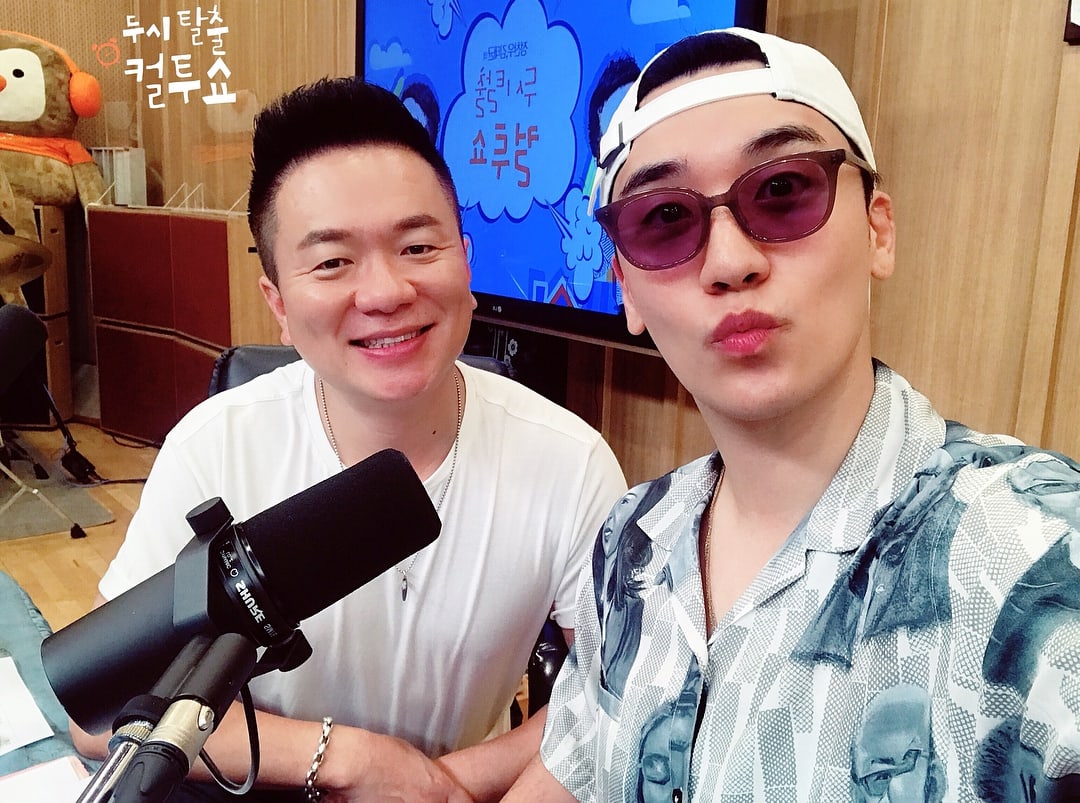 During the show, Seungri shared a story about congratulatory wedding money. In Korea, guests will traditionally bring money in a pristine white envelope instead of gifts for the couple.
He revealed, “I go to a lot of weddings representing BIGBANG. If we have to go to a staff’s wedding, I’ll usually go as the representative, but there are times where the members will say, ‘You just pay [the congratulatory money] first.’ There’s still a lot of money I haven’t been paid back yet. It’s a little iffy to collect that money and bring up the topic.”
After listening to Seungri’s story, Haha said, “I’ve had to take on that role many times, too.” Following Jung Chan Woo’s suggestion, Seungri addressed his members and said, “I’ve yet to receive 2.5 million won (approximately $2,200) from the four members. Please give it to me when you’re all discharged [from the military].”
Seungri also mentioned how his fellow BIGBANG members T.O.P and G-Dragon have changed.
At one point, DJ Kim Tae Kyun shared an anecdote of attending a BIGBANG concert and said, “If Seungri isn’t there at the concert, I don’t think it can progress very smoothly. Because of you, it felt solid.”
In response to Kim Tae Kyun’s words, Seungri responded, “When BIGBANG first debuted G-Dragon and T.O.P both talked a lot. But as we started to become more popular, they’ve stopped talking. They’ve changed. They’re not talkative anymore and now just force me [to talk].”
Seungri recently made a solo comeback with his first Korean studio album “The Great Seungri” and title track “1,2,3!”
Source (1) (2)